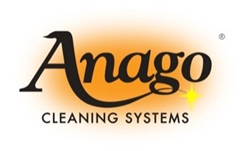 This is from a Nobevember 15th, 2017 article in the NB Herald

Anago Cleaning Systems (Anago), an industry-leading commercial cleaning franchise with over 35 Master Franchise locations and over 1,400 Unit Franchises throughout the U.S. and internationally, has been recognized by Entrepreneur Magazine as a “Best Franchise Under $100K” to own in 2017. This is a brand new ranking focusing on the best franchises available on a budget.

In addition to Entrepreneur Magazine’s esteemed reputation as the leader in all things business and entrepreneurship, they are also one of leading authorities in the franchise market for news and franchise prospecting. Given this role, the publication designed a new recognition to be featured in their October issue focusing on the best franchises for any budget. Anago’s Unit Franchise is ranked #26 in their “Top 50 Franchises for Under $100K” listing.

This isn’t Anago’s first time being recognized by Entrepreneur, either. In fact, every year since 2001, the commercial cleaning giant has been acknowledged as one of the leading franchise models in the industry.

Our Unit Franchisees are cleaning professionals looking to be in business for themselves but not by themselves,” says Judy Walker, Vice President of Marketing for Anago Cleaning Systems.

About Anago Cleaning Systems
Anago Cleaning Systems is a commercial cleaning franchise system supporting over 35 Master Franchises and over 1,400 Unit Franchisees in the U.S. and internationally. After years of refining procedures and creating duplicable systems created in his large commercial cleaning service, David Povlitz founded Anago in 1989 to help other entrepreneurs open their cleaning businesses. Today, its program sets the standard worldwide in commercial cleaning. Anago was ranked the 10th fastest-growing franchise in 2013 and in the top 100 on the Franchise 500 by Entrepreneur Magazine. Additionally, Anago was ranked the #1 Janitorial Franchise by FranchiseRankings.com in 2016 and ranked by Franchise Business Review as one of the best franchises in Franchisee satisfaction for 10 consecutive years. Inc. Magazine has also listed Anago as one of the top privately-held companies in the U.S.