As throngs of franchise folks returned from their annual pilgrimage to the International Franchise Association’s (IFA) franchise convention in Las Vegas, the overwhelming goal for most was determining how to extract more value from using the franchise model.  The IFA hosted scores of classes offering insights and know-how for franchisors and franchisees at all levels, an exhibit hall filled with suppliers proffering the latest and greatest tools and resources to support the growing cadre of franchise faithful, and keynote speakers delivering insights to the future of franchising.  Out of the thousands in attendance a group of conventioneers convened under the banner Franchising Gives Back to focus a few hours on supporting a local need. 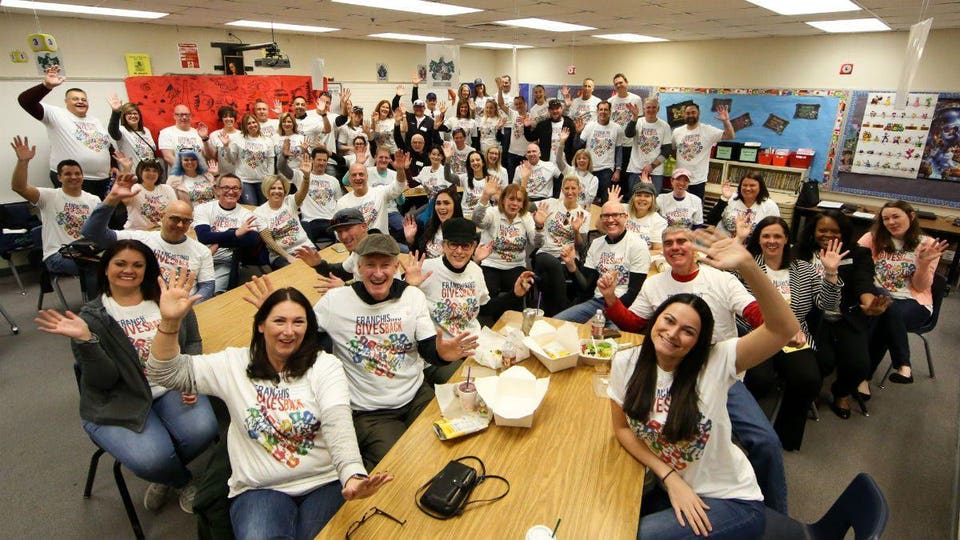 Sprinkled among the agendas of the convention were impact oriented stories where franchising is addressing some social issue, including water scarcity in Africa and leveraging brand value for a cause.  These social franchise efforts are generating a different kind of “return on investment” for the participants.  For those who were fortunate enough to uncover some of these stories, it may well be the best take-home value of all, as it points to an increasing number of franchise organizations that are focusing on developing results well beyond the bottomline.

Aligning A Cause With The Franchise Impacts Organizational Culture

It’s hard to imagine a household in America that does not have a clothes dryer, and each of them represents a real fire hazard to the homeowner if not properly installed and maintained.  Leave it to a franchisor to build a business based on that niche opportunity.  Dryer Vent Wizard was formed in 2004 and started franchising in 2006, and with almost a hundred franchises in the U.S. and a few now in Canada, they are proving franchising can leverage entrepreneurs even in the narrowest of markets.  And, according to Terry Reuer, Executive Chair, early on they sought to find a cause related to their franchise, which led them to the Children’s Burn Foundation, a nonprofit based in California.  “They focus on education in fire safety, which is directly aligned with our franchisees,” said Reuer, “and through our collective efforts we’ve raised $186,000 by conducting various activities across our franchise system.”  One of the more fun and entertaining efforts has been the Mudding for Money outing, which allows the franchise team to get down and dirty for a cause. 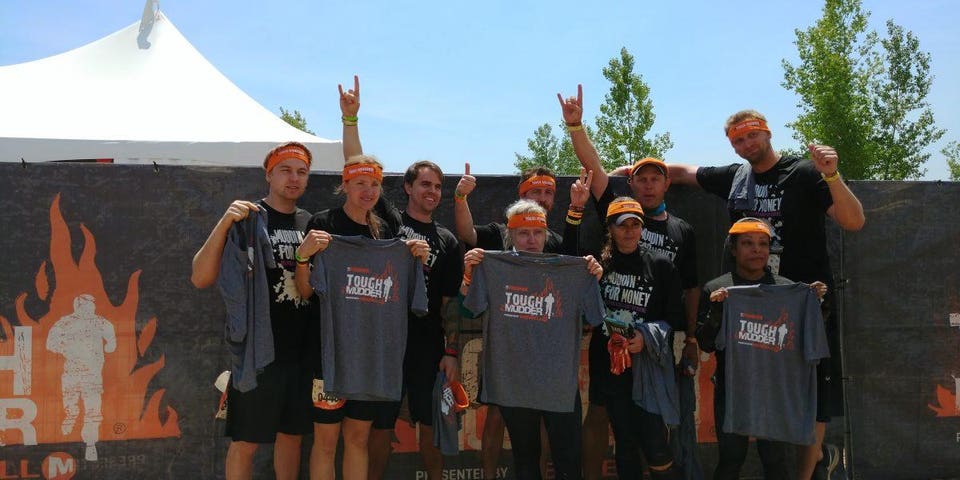 Dryer Vent Team having fun for a cause.FISHMAN PR

The results of their efforts and the relationship with a goal-aligned charity has had a noticeable impact on the culture of the Dryer Vent Wizard franchise network.  “Franchisees have their radar out looking for opportunities in their local markets, including nominating their local fire department to us for grants to provide fire safety education,” Reuer said.

Launching A Franchise Concept And A Nonprofit

When Mike Thakur and his wife Linda immigrated from Manchester UK in 2007 to Houston, Texas they began looking for a “cool place to work” for Mike to start his own business.  His struggles to find such a place was the mother of invention leading him to launch WorkLodge, an innovative place to work for small business owners and budding entrepreneurs.  Yet, just having a business to provide for his family was not fulfilling enough, so he and his wife also launched the Gabriel Foundation a 501(c)3 dedicated to “improving the quality of life for our neighbors.”  So far, they have built three orphanages in India, dug several wells in Cambodia and provided support during the recent Hurricane Harvey that ravaged Houston. 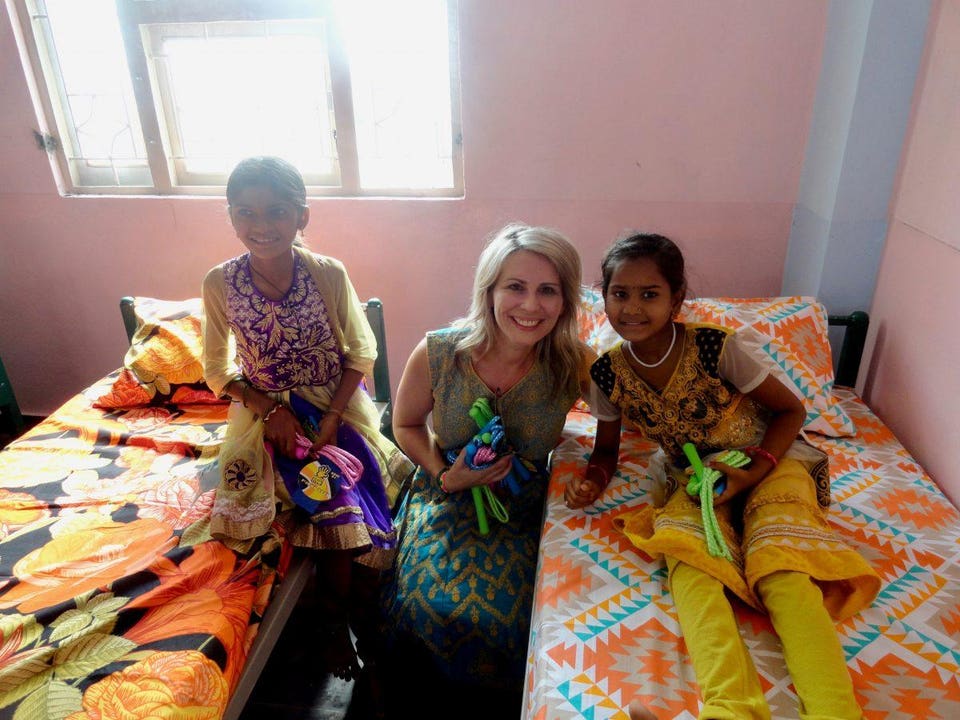 WorkLodge founder’s wife, Linda, visiting an orphanage in India funded by the company.PROVIDED BY MIKE THAKUR

While the couple dedicated themselves, and much of their earnings from their franchise concept to the nonprofit, they don’t require franchisees participate.  “Franchising is personal, so everyone we speak to about our franchise learns about the Gabriel Foundation,” says Thakur, “and we don’t require them to participate but they choose to because they can make an impact locally with our nonprofit.”  The nonprofit partners with franchisees to extend its reach into new communities to feed the homeless, fight human trafficking and provide micro-assistance.  The Thakur’s are excited to see the growth of their franchise network simultaneously to the growth of their nonprofit.  As Mike say, “There is no reason we can’t accomplish great things for our community while we are building a great franchise system.” 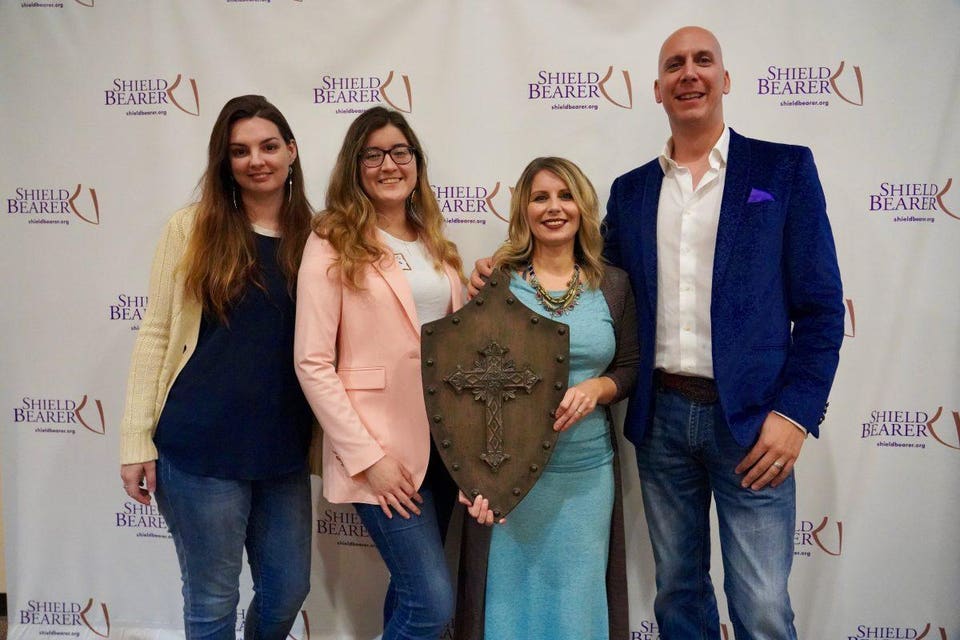 Expanding The Definition Of A Franchise Brand

Franchising is a business model that leverages the unique sphere of influence of each owner locally, which, when done effectively, can enhance or even redefine the meaning of the brand.  Tony Lamb, founder of Kona Ice, has launched a franchise fleet of over 1,000 mobile shaved ice trucks across the U.S. in a relatively short period of time.  The franchise network has collectively generated over $60M for charitable organizations through “giveback events” during their ramp-up and growth. 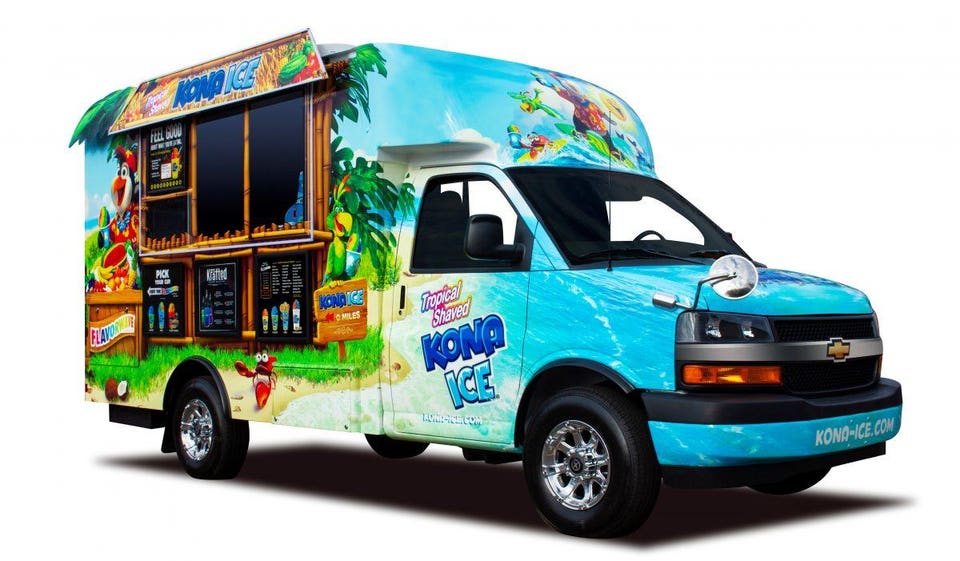 “We have made the giveback aspect of the business an integral part of who we are as a brand and emphasize to our franchisees the importance of getting involved in the community and giving back,” says Lamb, “and our franchisees have responded, doing more than we ever imagined.”  Providing franchisees with fully developed collateral materials and support takes the guesswork out of participating at the local level.  This is the type of leadership franchisees should expect from their franchisor, and the results speak for themselves.

The Future Of Impact In Franchising

Franchising has proven to be an efficient model for selling just about anything and providing a wide range of services.  The future of franchising may well include leveraging the network to address a mounting number of pressing social issues.  The collective impact of franchise networks focused on doing good is showing increased promise at doing just that, including benefits to those that have may never become a franchisor or a franchisee, but whose definition of a franchise is taking on new meaning.